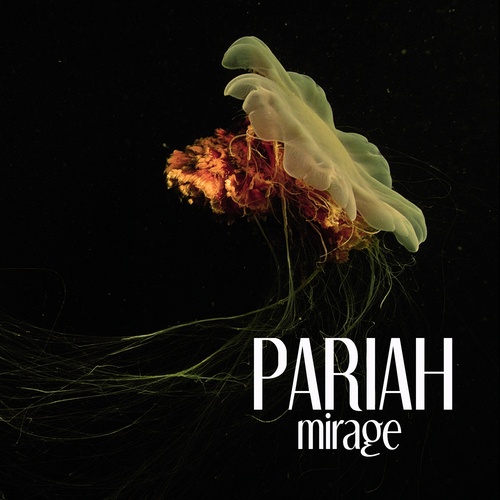 "Forget any major label release you may have had your eye on this week and hunt down ‘Mirage’, you won’t regret it." Sonicabuse.com -- This energetic stoner rock from Switzerland was already welcomed with open arms and smiling faces... Show more >

"Forget any major label release you may have had your eye on this week and hunt down ‘Mirage’, you won’t regret it." Sonicabuse.com -- This energetic stoner rock from Switzerland was already welcomed with open arms and smiling faces from Berlin to Lyon. Bone crushing riffs unite with atmospheric passages.
Pariah arose in the summer of 2011 from the ashes of two bands. The brothers Christian and Ruedi Eugster and Stefano and Alessandro Cappilli clicked from the first jam session. The recordings of those sessions led to several songs quickly.
Only a handful of gigs later Pariah decided it was time for their first minivan- tour through Germany, France and Switzerland. Finally, after 50 shows sharing the stage with many bands including Valley of the Sun, Kill it Kid, Mothers Cake and Dagoba Pariah released their debut album ‘mirage’ in May 2016. It contains all the good ingredients: songs with energy, punchy riffs and atmospheric passages, catchy hooks in an old fashioned album- package. Pariah still loves and believes in the album concept.
The first single ‘mirage’ was immediately featured on the national radio station SRF3 twice and is now in their play-list.
Mirage is a live album with overdubs. It was recorded within a week at Working Class Recordings Winterthur.by Marc Bouffé, front man of the high energy rock band Hathors. Jeannot Steck, Soundcheck Studio, mixed it and shaped the sound aesthetics. Dan Suter of Echochamber Zurich mastered the album. His back-catalogue ranges from the highest chart toppers to the freshest underground acts in all kinds of genres includ- ing Karma to Burn, Eluveitie, Kool Savas and Billy Cobham.
It is difficult to pinpoint their influences as inspiration comes in everyday life and is ever evolving. However, Eugsters’ roots are in the energy of hc, metal and punk live shows by Snapcase, Earth Crisis, Bane and such while Cappillis’ focus is more on the constructional, mathematical side. Alessandro can never get enough of Tool.
Pariah is spreading the word right now for their fantastic new album. Indeed it has an international appeal with positive feedbacks so far from Switzer- land, France, California, Canada, Balkans, UK and Greece. The goal is to have as many gigs in as many countries as possible and present Pariahs’ music.  < Show less